You Need More Science In Your Life 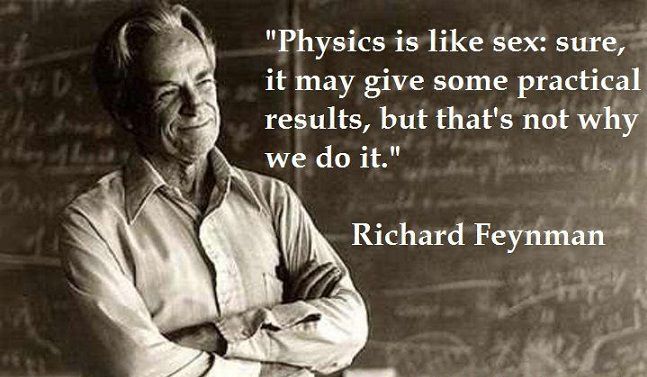 I listened to a really awesome podcast from Tim Ferriss last week, “Thinking About Extra Dimensions with Physicist Lisa Randall.” To quote the show notes,

“Be curious and try to find solutions to problems.”  – Lisa Randall

Professor Lisa Randall (@lirarandall) researches particle physics and cosmology at Harvard, where she is a professor of theoretical physics.

In 2007, Randall was named one of Time magazine’s 100 Most Influential People (Time 100) under the section for “Scientists & Thinkers.” Randall was given this honor for her work regarding the evidence of a higher dimension.

She has written several mind-expanding books, the newest of which is Dark Matter and the Dinosaurs: The Astounding Interconnectedness of the Universe.  If you want a semi-psychedelic experience (viewing the world through a new lens) without imbibing substances, this is worth checking out.

It’s a really good interview, especially if you like science, which I do. (And I like science best of all when I can study it for fun and not with the pressure of grades 🙂 )

But the parts that stuck with me most of all were the basic definitions of the types of science and experimentation.

Applied science tries to answer the question: Can I use this to make my life better tomorrow?

Lisa points out that people who worked on quantum physics were trying to make sense of the atom at its most basic level. They weren’t thinking of iPads, even though iPads use some of the same principles. Watson and Crick weren’t trying to cure cancer when they were trying to figure out the structure of DNA, even though that’s some of what we use their work for.

Basic science is about trying to understand the world we live in. It’s learning for the sake of understanding.

Applied science wants to build computers or cure cancer. It has a specific goal to solve a problem.

I love this distinction.

Both types of approaching discovery are useful, necessary, and enjoyable to the person who is pursuing the path that inspires their curiosity.

But for me, the quickest way to lose my joy is to have ulterior motives behind everything I do.

When I’m eating healthily to try to avoid being fat, when I’m exercising because I should, when I say yes to a date I don’t want to go on because maybe it’ll get me some experience, this is absolutely the quickest way for me to descend into depression and disillusion.

Or, to use Richard Feynman’s eloquent statement, having sex for the fun of it is the only way to be. I forget that sometimes.

The other reminder I got from this interview was indirect; I remembered all those years of science labs. I know you guys did them too. You had a special notebook, maybe you had to put your hair up and wear goggles, maybe your lab partner was a little squeamish so you got to dissect everything while she took notes…

Here’s what I forgot about experimentation:

You start with a question. Then you make a hypothesis. Then you outline the terms of your experiment, how you’re going to measure the outcomes, and you take. copious. notes. There are no unimportant observations. Write it all down. Maybe it’ll matter later on, maybe it won’t. The work of noticing always counts.

Only at the very end do you make a conclusion.

There’s no right or wrong outcome, really. There might be an outcome you expect, but even the stuff you don’t expect could be useful. Was Alexander Fleming really thinking the blue mold on his bread would cure diseases? Or was he just messy and it happened to work out? Let yourself be willing to be surprised.

Lisa Randall is a theoretical physicist, which means that she does her work with pencil and paper, and doesn’t run the experiment to test the data. She thinks about how everything gets tied together. But even if you’re running the experiments, you have to think through what you think will happen and why. You might also postulate about what could go wrong, what the potential pitfalls are.

I forgot all this.

Usually by the time I get to the place where I’m ready to change, there’s a certain amount of desperation present, where I’m wanting to throw spaghetti on the wall and hope something sticks and converts me into the self I’m trying to be.

There’s clearly a right and wrong.

I’ve turned off my brain, squeezed my eyes shut, and am hoping to wake up as a completely different person.

So I’m trying things differently in November. Ulterior motives are getting me down.

If you’re also exhausted by the applied sciences that have been motivating your self-experimentation (and pressure to achieve certain results), let’s take a break from that. Let’s go to basic science.

If you still like applied science but you’re not following your curiosity, come back to curiosity. Scratch your own itch.

Start with a question.

What is my preferred way to move my body? Which are the clothes that make me feel beautiful and sensual? What could I do to feel lighter, even if I don’t lose weight? What’s the optimal sleep ritual and schedule so that I wake up feeling energetic? How would I prefer to spend my time? What if I did _____? What would happen? What do I want to happen? Why? Where do I think I could run into trouble? What are the tools that could help me?

[W]hat’s on the other side of the tiny gigantic revolution in which I move from loathing to loving my own skin? What fruits would that particular liberation bear?

Then, make it an experiment. It doesn’t have to be perfect the first time (or ever).

It doesn’t have to solve every single one of your problems.

It doesn’t have to be a permanent change. In fact, it’s better if you can put a time limit on your experiment. Two weeks. One month. One year. Then move on.

Frame it as an experiment, a just-for-funsies, rather than a savior.

Put a time limit, take excessive notes, and let yourself be surprised.