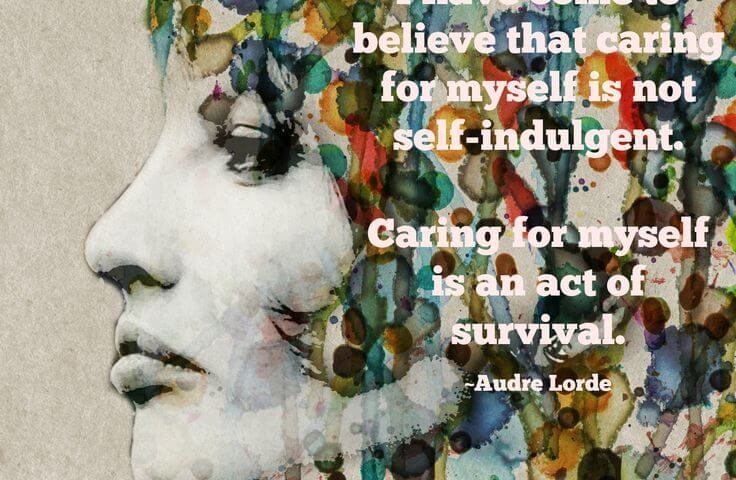 This is important, so pay attention to me.

Healing doesn’t only happen for the sick.

Healing, health, nourishment, and vitality aren’t only available for the sick.

You don’t have to be sick in a way where every single person would think there was something objectively wrong with you.

It is enough for you to want to change.

It’s enough that it bothers you.

Even if everyone else in the entire world would not agree that you have a “problem” that can or should be prioritized, it is enough for you to take care of yourself.

It is paramount that you give legitimacy to what you’re feeling and going through. You must be assertive and defend the validity of your own experience.

I was diagnosed with IBS, which, at the time, was kind of a non-diagnosis (and not really an appropriate one for me). More legitimate, with a clearer course of action, would have been something like appendicitis, endometriosis, Ulcerative Colitis, or Crohn’s.

I have never been suicidal. It doesn’t mean I wasn’t depressed.

I would never have been diagnosed with an eating disorder. But my eating wasn’t normal.

There was nothing wrong with my job. In fact, a lot of people would have loved to be so lucky as to have that job.

We like certainty, as a species and as a culture. Black and white, sick and well, health and disease, these are nice binaries for us. It’s so much easier to have a label for what you’re going through and a clear course of action.

Believing that every objective observer of your situation should come to the same conclusion about its legitimacy is a dangerous way of thinking. It keeps you powerless, it diminishes what’s real and true for you, and it prevents you from moving through.

I was speaking with a client recently who felt like her stuff wasn’t legitimate because someone else could argue the other side logically. She felt stupid for feeling the way she did, she felt like a willpower weakling, like she just didn’t have the right key to get out of her little hell.

She was also facing a family that didn’t understand. They were sure that there was a right and wrong way to eat, and that they could beat her with logic.

Be ruthless in your defense of yourself and your experience.

There’s a passage in a book that I want to just type out for you. Come over to my house and we’ll drink coffee and read it. But Dr. Anita Johnson, in her book Eating in the Light of the Moon, outlines a “broken record” strategy of how to respond to people when they attack your experience. It helps you sidestep arguments about who’s right and who’s wrong, and keeps you grounded in your experience of your feelings.

Assertiveness is probably the most important skill a woman must learn to begin to break free from disordered eating. Once she recognizes that she is eating or not eating in response to emotional stress rather than physical hunger, she is faced with the task of responding to that stress in another way. The reason diets don’t work is that they focus on removing the disordered eating behavior without replacing it with another way to address the feelings and the underlying issues that trigger the behavior in the first place.

As she learns to say no to what she doesn’t want, she defines her personal boundaries. By saying to others, “My needs are different, not more or less important than yours,” she establishes where she beings and ends and where others begin and end.

– Anita Johnston, PhD, Eating in the Light of the Moon

It is enough that you feel it. Period.

You can heal now, if you let yourself.