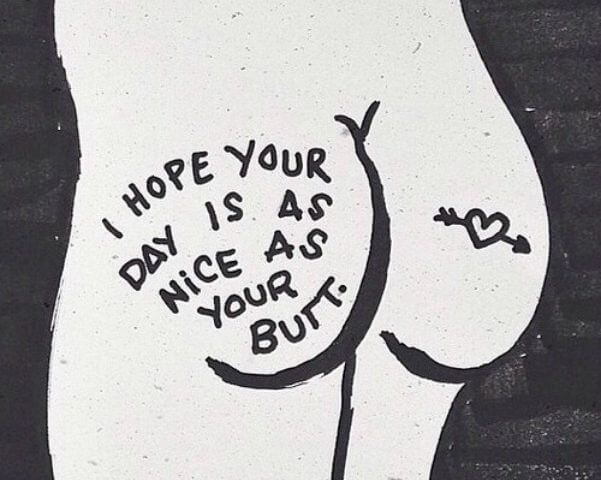 I have been laughing at this for DAYS.

Child: Can I have this?

Child: Ah, perhaps I’ve miscommunicated. I’m asking for it because I want it.

Me: I understood that, actually.

Child: I think maybe you’re not hearing me. I’d like it because I want it.

Me: I’ve heard you quite well, I’m saying that’s not actually an argument.

Child: PERHAPS IF I SAID IT LOUDER.

The history of human thought would make it seem that there is difficulty in thinking of an idea even when all the facts are on the table. Making the cross-connection requires a certain daring. It must, for any cross-connection that does not require daring is performed at once by many and develops not as a “new idea,” but as a mere “corollary of an old idea.”

It is only afterward that a new idea seems reasonable. To begin with, it usually seems unreasonable. It seems the height of unreason to suppose the earth was round instead of flat, or that it moved instead of the sun, or that objects required a force to stop them when in motion, instead of a force to keep them moving, and so on.

A person willing to fly in the face of reason, authority, and common sense must be a person of considerable self-assurance.

I found this article absolutely fascinating. So often we only truly understand one thing when we experience its opposite.

Our reinventions feel gleeful and liberating — and tied to an essentially American optimism. After centuries of women living alongside men, and of the races living adjacent to one another, even if only notionally, our rigidly enforced gender and racial lines are finally breaking down. There’s a sense of fluidity and permissiveness and a smashing of binaries. We’re all becoming one another. Well, we are. And we’re not.

How to be a fan of problematic things. I loved and needed this, because my worry over the problematic parts sometimes color my enjoyment.

I am in possession of big-ass cabbages. My friends say to caramelize them, but I’m also seeing this roasted parmesan cabbage option.

Havi is writing wonderful stuff this week. The first, These Are My Roots, is required reading.

she taught us to be wonderfully skeptical, curious always

and she taught that you can absolutely love the place you inhabit
without being docile, or agreeing to its acquired mythology,
and you can expect better, and agitate for better

My history, my roots
I want the firm rooted knowing that justice and freedom
in all things are important, and that I can speak truth
from steady source
without apologizing

I am really tired of everyone apologizing,
even the most flagrantly unapologetic women I know
apologize for things that ought not be apologized for

and when my jewish friends
said “hey forgive me for my transgressions please”
I translated that in my head to mean:
“I love you so much and want to be reminded that you love me too”