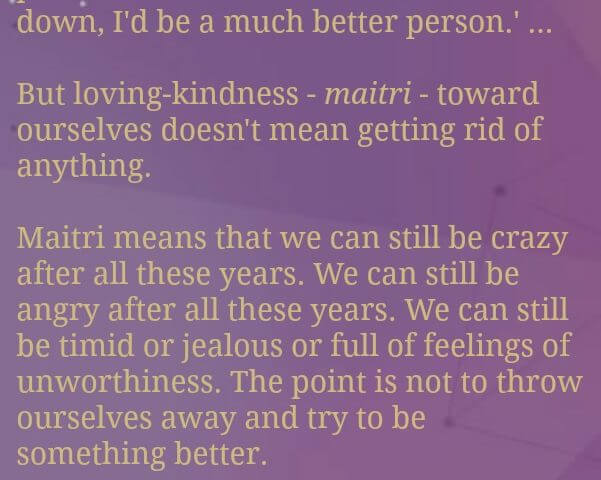 Over the past few weeks I’ve had a lot of “Imperfection Confessions” pop up in my various social media feeds. I’m sure you’ve seen them: where women “confess” all the stuff they do that’s not perfect. Like, “I hate exercise!” “I have an unhealthy relationship with brownies!” “I have cellulite!” “I hate my nose!”

I can’t stand posts like that. And they’re worse still when they end with, “But that’s ok! Because I love myself!”

And yet, these posts endure. They get a lot of positive feedback. I can see why, but I think we can go deeper.

I think what gets triggered for me is what the Soul longs for in writing and reading posts like that, and how often the Ego appropriates them.

The Soul of the follower longs for reassurance, longs to know that they are not alone in their struggles. They long to be soothed. It’s very nourishing to see facets of yourself that you haven’t yet allowed reflected in someone you admire, respect, and love.

The Soul of the leader longs to lose the weight of perfection. Being perfect, holding all those hopes and dreams and projections of their followers, being idolized, is heavy. There’s little room for personhood. Sharing what’s true for you in a “confession” is a way to set down that weight, to be seen as a human and not as a figure.

From this perspective I can truly see the value and service of these confession posts where people “admit” their “failures.”

But even writing out that way, about admitting flaws and failures, implies blame. When the Ego is involved, it wants to be right, look good, and be in control. If it “admits” any thing, it’ll do so in a way that’s controlled and curated. I’m just like you! Self-deprecation. Jokes.

The Ego will make itself wrong so that no one else can. It will control the manner of visible shame.

It’s understandable, and for some people the best they think they can do is operate within the confines of the paradigm of Who I’m Supposed To Be.

But there’s nothing fucking wrong with you.

Souls want authentic sharing, “I love cheez-its and brownies and also there’s a voice in my head that makes me wrong for loving or having them. I’m struggling because what I ‘should’ do goes against my true nature and my deep desire and I don’t know which to trust. I was never taught to truly hear myself first and not to prioritize cultural pressures. I long for safety and security, to know I’m making the right choice, and yet there’s this force within me that moves me and I can ignore it everywhere else except when it comes to these fucking cheez-its and brownies. How can such a small thing become such a battleground?”

I’m ready for the new paradigm where everything you feel is normal, valid, and probably worthy of celebration.

Following the threads of these true impulses, uncovering and excavating what’s really trying to be expressed, that’s heroic.