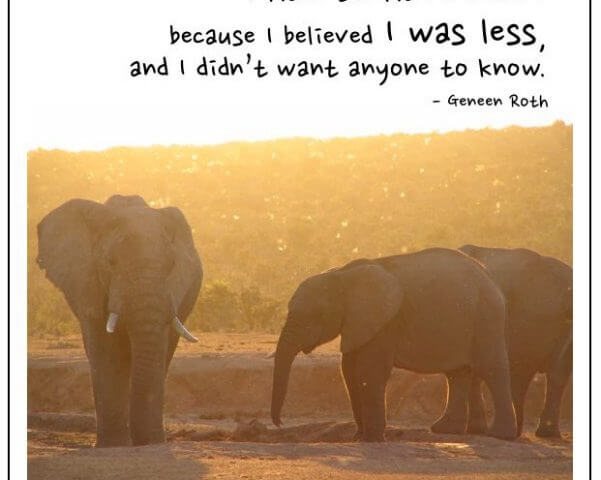 Do you remember that line from The Restaurant at the End of the Universe where the narrator says:

The story so far:
In the beginning the Universe was created.
This has made a lot of people angry and been widely regarded as a bad move.

That’s kind of what happened to me over the past few weeks.

A little, baby thought peeked out from under the covers and said, “I might be ready to lose weight.”

That’s all. That’s all she said.

And I re-gained 30 pounds of baggage.

I have so many thoughts on this topic. And a lot of the thoughts that come to my mind unbidden are ones that take away my sovereignty. So I think my writing on this topic will come in waves.

It started with a passage from The Signature of All Things on the topic of time. I actually started this book a few months ago and then paused and read several other books instead. I’m not sure SOAT needs to take that personally, though. It’s possible that this moss and time contemplation just needed a little incubation period. Anyway, the main character, Alma Whittaker, is a botanist in the 19th century, and she studies moss.

In every way mosses could seem plain, dull, modest, even primitive. The simplest weed sprouting from the humblest city sidewalk appeared infinitely more sophisticated by comparison. But here is what few people understood, and what Alma came to learn: Moss is inconceivably strong. Moss eats stone; scarcely anything, in return, eats moss. Moss dines upon boulders, slowly but devastatingly, in a meal that lasts for centuries. Given enough time, a colony of moss can turn a cliff into gravel, and turn that gravel into topsoil. Under shelves of exposed limestone, moss colonies create dripping, living sponges that hold on tight and drink calciferous water straight from the stone. Over time, this mix of moss and mineral will itself turn into travertine marble. Within that hard, creamy-white marble surface, one will forever see veins of blue, green, and gray – the traces of the antediluvian moss settlements. St. Peter’s Basilica itself was built from the stuff, both created by and stained with the bodies of ancient moss colonies.

Moss grows where nothing else can grow. It grows on bricks. It grows on tree bark and roofing slate. It grows in the Arctic Circle and in the balmiest tropics; it also grows on the fur of sloths, on the backs of snails, on decaying human bones. Moss, Alma learned, is the first sign of botanic life to reappear on land that has been burned or otherwise stripped down to barrenness. Moss has the temerity to begin luring the forest back to life. It is a resurrection engine. A single clump of mosses can lie dormant and dry for forty years at a stretch, and then vault back again into life with a mere soaking of water.

The only thing mosses need is time, and it was beginning to appear to Alma that the world had plenty of time to offer.

Later, when thinking about time, Alma creates a spectrum of sorts:

Firstly, Alma had determined, there was such a thing as Human Time, which was a narrative of limited, mortal memory, based upon the flawed recollections of recorded history. […]

At the other end of the spectrum, Alma postulated, there was Divine Time – an incomprehensible eternity in which galaxies grew, and where God dwelled. […]

Geological Time moved at a pace that felt nearly eternal, nearly divine. It moved at the pace of stone and mountains. Geological Time was in no hurry, and had been ticking along, some scholars were now suggesting, far longer than anyone had yet surmised.

But somewhere between Geological Time and Human Time, Alma posited, there was something else – Moss Time. By comparison to Geological Time, Moss Time was blindingly fast, for mosses could make progress in a thousand years that a stone could not dream of accomplishing in a million. But relative to Human Time, Moss Time was achingly slow. To the unschooled human eye, moss did not even seem to move at all. But moss did move, and with extraordinary results. Nothing seemed to happen, but then, a decade or so later, all would be changed. It was merely that moss moved so slowly that most of humanity could not track it.

When it comes to weightloss, I need to move in Moss Time. And by that I mean, I need to live my life and let things change as they change. I can’t have weightloss as my primary goal, because I tend to devolve into losing weight for the sake of losing weight, and not because my body is allowed to be itself and it happens to incarnate with fewer inches or pounds on it.

I started to think back to what happened when I gained weight. I know (and have known for some time) that my weight gain was largely emotional in nature. And I don’t just mean I was eating emotionally as a coping mechanism (although I’m sure that happened). I mean that I gained weight when I was truly, devastatingly learning how to fail.

I stayed in a relationship for way too long because I got fixated on an (arbitrary) end result. I ended up in a toxic work environment that would require its own post to do the retelling justice.

I needed the weight.

It was a placeholder for emotions I didn’t know how to unravel.

It was a literal, physical anchor for me on Earth when I wanted to numb out.

It made me physically bigger, and everyone knows that the big animals in the animal kingdom don’t get messed with.

It forced me to literally take up space on Earth when I wasn’t able or willing to do so with my soul and spirit.

It protected me from unwanted sexual attention, and gave me a little bit of invisibility when I really needed to be in solitude and come back to myself.

My thought, as Havi so beautifully puts it, is that Now is Not Then. Even though in many ways I am the same woman I was then, I’m not. And I don’t need the same coping mechanisms she did. I don’t need to hold Weight From Then.

Of course, those innocuous thoughts were no match for the ingrained panic and perfectionistic patterns that live in my subconscious. “Weightloss?” They asked. “Eat less, exercise more! Take vitamins! Work out for 4 hours a day! Don’t eat that food! Don’t eat at all! It’ll make you fat! I see cellulite! Don’t sit, stand and march all day! Back to juicing! Raw food diet!” etc. You know the drill.

In short, I ceased to remain myself, and became a moldable nothing, trying to squeeze myself into Perfect.

Fortunately I’m old and experienced enough to see it happening, but it makes progress hard. In fact, even thinking of things in terms of progress puts me back into that dichotomy of “right” and “wrong” progress. It’s hard to stay neutral and just let my body be what it needs to be.

So that’s where I am now. And it’s the tip of the iceberg in terms of what’s actually happening in my head, so maybe you can see why I wasn’t able to post very much.

At the moment I’m still working through what I want to do (if there’s anything to really actively “do”) about this potential weightloss. I’m examining what I really want, maybe it’s a smaller body, maybe it’s a chance to have my body not be an expression of those 5 hard years and instead to be an expression of myself now. I’m thinking through what I’m afraid of when it comes to losing weight.

It’s hilarious to me that I thought this was going to be a short post, that I wouldn’t be able to articulate my thoughts. And it’s true that I haven’t articulated ALL the thoughts; I’m sure I’ll have much more to say on this topic.

But in case you relate to this difficulty in setting goals and remaining yourself, well, I actually don’t know what I want to tell you or what I can tell you that will be helpful or reassuring in any way. But Geneen Roth has no shortage of insight. She writes,

The nub of any addiction is the belief in your own deficiency and the assumption that it can be fixed by a tangible substance.

The image that comes to mind is that I’m a 5000-piece puzzle, beautifully constructed, with one piece missing (or 2. or 5. or that all 5,000 are there but someone just scotch-taped them together however they wanted. whatever). And all of a sudden, the other 5,000 pieces cease to matter, and my entire life and purpose on Earth becomes finding that missing piece. It’s a hard way to live, and not particularly sustainable.

You are alive. You are whole. All is well. We don’t need to think or behave like addicts. We can be curious, be willing to be surprised, and come into a relationship with ourselves that’s bigger than just fixing that broken part of ourselves.