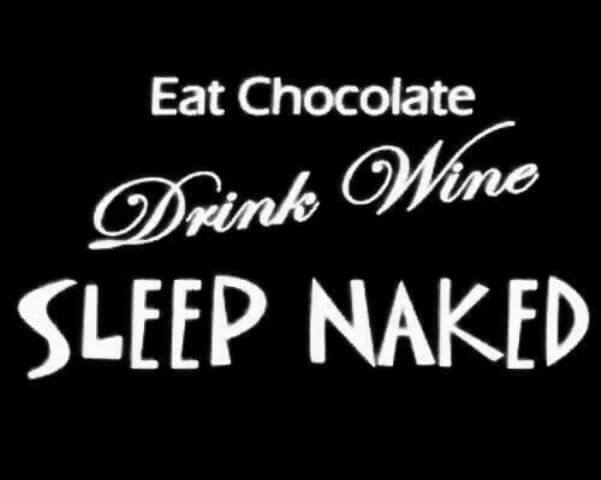 Friends, as you’re reading this, I’m in Paris, hopefully and very probably drinking coffee and eating chocolate croissants (and, though I normally do sleep naked, I’ll refrain on this trip because I’m sharing a bed with my friend). I think by this time Friday I’ve completed two bike tours of Paris, and am maybe on my way to or in the midst of a cooking class (with market tour included!). In short, if you want a fun bachelorette party, put me in charge. We will travel and not have a party, just a lot of wine, coffee, and pastries.

I raise a glass to all of you, thankful for the years in your lives.

I have so much love for this effort to take the sexism out of headlines.

Only slightly related, some gifs that will help you understand the world. Here’s how the Easter Island statues were transported, which is more than a little hilarious.

Since we’re on the information and science theme for the moment, a Japanese astronaut brought a cherry stone with him to the International Space Station in November 2008. This year it sprouted (having returned to Earth in July 2009) 6 years ahead of schedule, and with fewer petals than an Earth-grown cherry tree. Amazing.

It’s been a while since I sewed (actually, I left my sewing stuff in DC when I moved to Pittsburgh because I didn’t have the storage space), but I’m wanting to get back in the game for two reasons: everything in Stevie’s outfit here, and the sew-along and pre-assembled slip kit from Gertie.

I feel like I’ve linked to this before, but in case I didn’t, dogs in photobooths.

Susannah Conway takes a stab at the profound question, “When you read so much (as I do- our reading lists are very similar:) ) and read online so much (as I do too), how do you eventually access your own wisdom?“

Getting into the habit of journalling — however that looks for you — is the doorway to accessing your inner wisdom. In that way it’s a bit like meditation: for the first few minutes after I’ve closed my eyes I’m like a dog trying to get into a comfortable position. My neck suddenly itches, my hands feel cramped. My head immediately fills with everything I must do and my monkey mind jumps around wanting to be let out of the cage. But after a few minutes of letting myself settle, things quieten down and I can bring my focus to the mantra, if I have one, or I simply ‘sit back’ in my head and pay attention to the space inside me (best way I can describe it). If I’m lucky that’s the point when I start to feel more connected to the bigness of everything, but even if I don’t get there, I still feel calmer when I eventually open my eyes.

So if we translate that into journalling, first you get everything out of your head onto the page. Concerns, worries, half-baked ideas, preoccupations. He said this, she said that. The what ifs? The resolutions. Get it all out. And then keep writing. Start asking the questions and see what you come up with. Once I’ve dumped everything out of my brain I find it’s much easier to start looking at things from a different perspective. Sometimes I’ll keep my notebook by my side all day, adding more notes as they occur to me. What started as chaos in the morning might look very different by the evening.

To this woman I award ALL the sparklepoints, although I wish accepting the fat on her body wasn’t a white lie she told for the benefit of her daughter.

I have since learned that nothing can prepare me for some of the shockers that come from the mouths of my babes. Like when my daughter interrupted me during our nighttime reading ritual to share the new “bad word” she learned in school.

I thought maybe she’d say “shit.” Or “damn.” Maybe even “fart.” But, with an almost sheepish grin, she revealed that it was “fat.”

(semi-) Related to this topic, I really like what Audi writes about banning bossy. That the word is not the problem, the behavior is, but most of all I love this:

Ban Bossy at its core rests on the assumption that little girls possess an inherent weakness that other children do not. It assumes that a single word can determine the entire course of a girl’s life, and can cause her to stray from a path to which her natural abilities would otherwise lead her. It assumes that little girls are not able to accept truthful criticism and to learn from it, and will abandon their goals at the slightest discouragement. It does not take into account that all people are individuals, and will respond to feedback in different ways. One cannot simply reduce an entire gender to a convenient catch phrase; some girls may indeed be crushed by being called bossy, while others may become stronger and more resilient than ever, but none will benefit from being allowed to engage in ill behavior which will ultimately impair their ability to succeed.

I know words matter. Believe me. But the lesson worth pursuing here is to look at our thoughts, especially when they’re harmful. What does it mean to you that “fat” is a bad word? How about “bossy”? Is banning the word really the fight worth pursuing? To me, the dialogue, the examination of ideas is what’s useful.