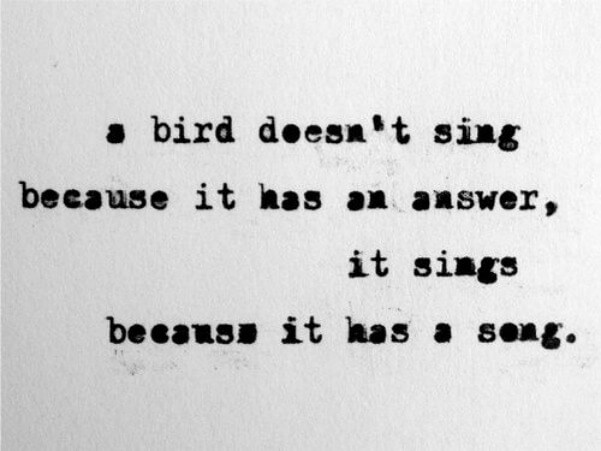 D: When you say “photocopying machine,” what do you mean?

A hilarious, verbatim recitation of a deposition from the Ohio Supreme Court. Reminds me of Inherit the Wind:

Henry Drummond: Do you ever think about things that you do think about?

My birthday is in July. Please purchase everything in this store for me. I’ll wear it all at once.

Really great career (and life!) advice from Mike Rowe. As usual, he hits the nail on the head.

Here’s the thing, Parker. Claire doesn’t really want a man. She wants the “right” man. She wants a soul-mate. Specifically, a soul-mate from her zip code. She assembled this guy in her mind years ago, and now, dammit, she’s tired of waiting!!

I didn’t tell her this, because Claire has the capacity for sudden violence. But it’s true. She complains about being alone, even though her rules have more or less guaranteed she’ll stay that way. She has built a wall between herself and her goal. A wall made of conditions and expectations. Is it possible that you’ve built a similar wall?

Loved this art analysis of an 18th-century portrait of two women, one of whom is biracial. And here’s the movie trailer!

Around the time of the 18th century, we really were — people of color were — an accessory in a painting. We were there rather like a pet to express the status of the main person in the painting, who was always white. And for anybody who’s lucky enough to see the painting, what you see is something very, very different. You see a biracial girl, a woman of color, who’s painted slightly higher in the painting, depicted slightly higher than her white counterpart. She’s staring directly out at the painter, you know, with a very direct, confident eye. … So this painting flipped tradition and everything that the 18th century told us about portraiture.

My friend’s cousin wrote this awesome piece pointing out the different language we use for the genders when celebrities get engaged. Why is it that men are “tamed” and women are “saved” by marriage?

[George Clooney’s]  fiancee, Amal Alamuddin, is described in terms more appropriate to a wild animal hunter than a humanitarian lawyer: she “tamed” him, she “hooked” him, she “tied him down”; because Clooney is not just a handsome bachelor, you see: he is a wild leopard. And all of us “girls” have been dying to drag that leopard up the church aisle and get our hands on his handsomeness, his money and his famous last name. Haven’t we, girls? You know we have. And now, we are all sad. Sad and desperate. As we always are.

Never mind that Alamuddin is, by any standard, quite a woman, being tri-lingual, smart, a barrister, a human rights lawyer, an adviser to Kofi Annan and beautiful. She obviously had to pull out all the tricks to “snare” Clooney, and what was her trick? According to a “well-informed source”, it “was not her strategy for world peace” that snared Clooney (obviously not – intellect is repulsive in a woman): it was that she “played hard to get”. This allegedly entailed Alamuddin turning Clooney down twice for dinner: “She was operating on the lines of ‘treat ’em mean, keep ’em keen!'” the “well-placed source” revealed. Yesssss, maybe she was playing hard to get, or maybe an intelligent barrister could think of other things to do with her evening than listen to another actor blah on with his ill-formed thoughts about Syria when she’d already had quite enough pseudo-intellectualism from other celebrities she may have encountered through the UN, including Geri Halliwell and Angelina Jolie. Because maybe a smart 36-year-old woman is not as wowed by celebrity as candyfloss-brained tabloids. And as anyone with more than candyfloss for brains can see, it’s Clooney who has lucked out here.