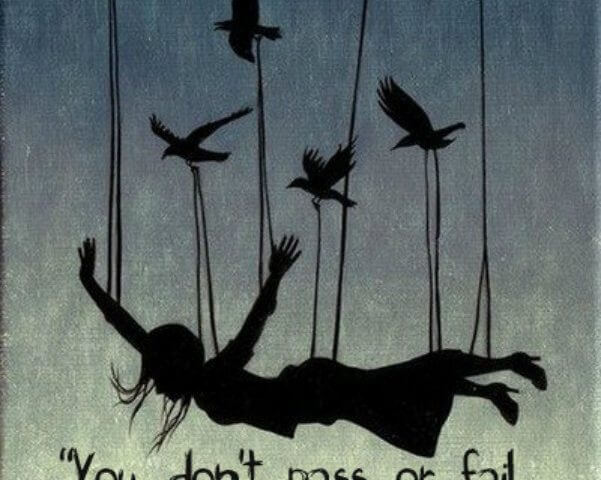 It’s a wonderful time of the year, friends: the CrossFit Open Season!!!!

I convinced a lot of members of my gym to sign up, telling them that the creators of the Games want everyone to succeed at these workouts. There will be some hard things, and they are trying to cull the elites from a group of nearly 200,000 people, but that they recognize that over half the competitors are first-timers, and they want everyone to get some scores up on the board.

For the first workout of 2014, they announced a couplet of Double Unders and Power Snatches (skip to 30:00 on the video).

The weight of the Power Snatch was light. Most people will be able to get that weight overhead for at least 1. But double unders are a skill, and until you get it, you just can’t do them. Once you get them, you rarely can’t do them.

We don’t always emphasize it, because when you come into the gym, absolutely everything is scalable. CrossFit is for everyone, and we want everyone’s intensity level to be the same, even if it takes different weights for everyone to be equally challenged. If you don’t have double unders, do 3 single unders. No problem.

So on Friday, the first attempt of the workout, several of our new members didn’t get any reps at all. They were held up by double unders.

My heart hurt the whole day for them. They were so frustrated, and they worked so hard to try. And they just couldn’t get them. To many of them, it was a personal failure, a betrayal from their bodies.

As I watched them keep trying, and as I thought of them during the day, I remembered a marvelous essay by Henry Rollins, about what lifting iron did for him as a young man.

It took me years to fully appreciate the value of the lessons I have learned from the Iron. I used to think that it was my adversary, that I was trying to lift that which does not want to be lifted. I was wrong. When the Iron doesn’t want to come off the mat, it’s the kindest thing it can do for you. If it flew up and went through the ceiling, it wouldn’t teach you anything. That’s the way the Iron talks to you. It tells you that the material you work with is that which you will come to resemble. That which you work against will always work against you.

It’s hard to swallow the idea that achievement isn’t always a question of applying enough effort. I work with a lot of clients that are motivated, with no special skills except the ability and willingness to work really hard. They often try to control their lives into existence. And they end up stressed, anxious, disappointed, and exhausted.

Controlling things into existence is not the same thing as creation.

When the Iron doesn’t move, when the weight doesn’t come off your body, when the rope doesn’t go twice under your feet, when you binge on ice cream yet again, it is an act of unbearable kindness.

It means it’s not ready yet.

It just means it’s not time.

I want to acknowledge how frustrating it can be to exist in linear space and time.

Once we’re ready, we want change and improvement to happen all at once, and it doesn’t. We have a limited capacity for growth.

But when it come to bodies, to abilities, to life, it’s all a series of relationships, as far as I’m concerned.

It’s a relationship, not a technique. And it’s going to be different every damn day. This doesn’t diminish the value of effort and hard work, but this idea of relationship creates space for a little mystery. It makes space for the idea that Earth takes the easy, organic route, and that we can do the same.

How do you relate to disappointment? What does that do to your relationship?

How about kindness? Take a minute now, and think of a habit, a trait, a behavior, an anything, that feels unwanted. What is it trying to tell you? What message does it want you to have? What can it teach you?

Can you find space for that? Can you allow time to unfold at its own pace with this issue, and stay present with it, rather than dismiss it, curse it, or numb it out?