Voices in my Head: Bitch Boss and Boss Bitch* 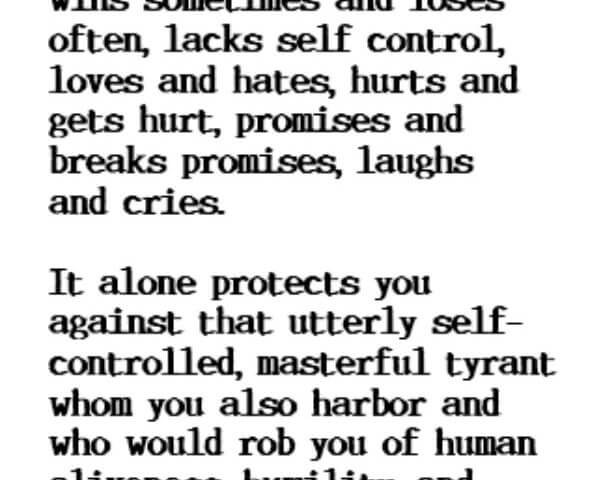 I guess I hoped that my subconscious was all about rainbows and love and glitter. But I forgot about rage, anger, passion, creativity, and every other emotion on the spectrum.

*Shakes head* I did ask for trouble.

Once I got over my shock at the vehemence of my thoughts, I came back to observing them, and I noticed that they are flip sides of the same coin.

Bitch Boss is the voice of Who I’m Supposed To Be. According to her, I should:

Friends, that’s a partial list. Bitch Boss has more to say on the topic if you’re interested.

Her commentary is pretty much always about putting me in my “place.” When you read over this list, I’d love for you to guess how many of these things you think I achieve in a single day, much less every day (hint: none). I am always a day late and a dollar short for her.

Ostensibly she’s all about making me my best self, so sometimes I listen to her more closely than I should in the interest of self-improvement. Some of the things on this list are even things that I also want. Some have been put upon me by outside forces. But Bitch Boss doesn’t care about me, she doesn’t try to motivate or encourage me to reach new goals, she wants to shame me about stuff I haven’t gotten right yet.

She is sadistic, and there’s just no other word for it. I am never enough for her. I always need to prove it.

Boss Bitch lives in my subconscious. I’m not always aware of her, but it’s not so much about knowing her as it is about unleashing her.

She is a Natural Disaster, and she will burn your shit to the ground.

It maybe sounds worse than it is.

So I’ll give you an example. Someone was talking my ear off the other day about losing a job and looking for a new one (when Bitch Boss is active, I have a really hard time cutting people off. It seems “mean,” so it’s not allowed.) Anyway, this person was talking about wanting to lead a team, and Boss Bitch stepped into my thoughts and said, “He’s going to have a hard time finding a leadership job. I wouldn’t follow him anywhere.”

[Bitch Boss hates these thoughts. I’m supposed to be nice and supportive of everyone!]

But what really happened is, Boss Bitch remembers that I’m a great leader. She knows the qualities leaders need: charisma, strength, vision, ambition, recognizing other people’s strengths; and She remembers the cost of leading. This person wanted to become a leader by being a perfect follower of rules. Boss Bitch knows that’s not true leadership. She would never entrust me to a weak person. She won’t submit.

Another example: six weeks before I was about to graduate college, I got a note from an aide in my major department saying that I was missing some requirement and that I might not be able to graduate.

Boss Bitch was ready to burn the building down. Before I was even consciously able to process the news, Boss Bitch was hurling all the meetings with advisors, all the times my schedule and class list had been approved, all the ways that someone should have caught this earlier, along with several cuss words, into an email. (I sent the email to my parents first, and then put on my editor’s hat and took my official response down a notch.)

Boss Bitch is above all the voice of The Feminine. Out of the primordial chaos, she creates. She destroys without reservation.

Honor your needs so you don’t have to be needy.

Both of these voices in my head deserve to be heard. They are part of me. I suspect you have your own versions of them as well.

Bitch Boss is practically perfect in every way, herself. She expects a lot of me because she knows what I’m capable of. She can advise me, but it’s my job to decide on my life.

Boss Bitch believes I should run the world. She’s connected to my soul, to my true potential, and she won’t suffer fools. She won’t even suffer me being a fool and playing small with my life.

These are women I want in my corner! It doesn’t behoove me to shut them out. They have useful stuff to tell me, and they will find a way to express themselves. Their preferred method for communication is to burn shit down, which is not (always) what I want.

But I don’t have to be a slave to them; they’re just advisors.

To Bitch Boss I generally say, “Oh that’s right. You want me to keep achieving. Let’s talk some more about the things you want, and I’ll talk about what I want. Thanks for the commentary.” Or if she’s being particularly mean, “Bitch I HEARD you the FIRST TIME!”

To Boss Bitch I say, “You’re right, Boss. I was forgetting my own radiance. What’s needed here? What’s really bothering me?” And sometimes, “Burn incense, not people!”

What do you think, friends? Can you relate? How? What do these parts of you need? How do they cope if they don’t get it? How could you start to listen to them and still stay in the driver’s seat of your life?

* These names come from an episode of Parks and Recreation called “Gin it Up!” If you have 20 minutes, it’s a nice little watch. The character Donna, played by Retta (a must-follow on Twitter), accidentally tweets a personal message from the Parks and Rec department twitter account, and an official inquiry ensues. It turns out Donna live-tweets her day at work, and uses the hashtag #BitchBoss when Leslie (Amy Poehler) is being a micromanager or nagging. She uses #BossBitch as an endearment, to denote when Leslie is a badass. I didn’t even notice that I started using them for my voices, but they are absolutely perfect.