The Path is Made by Walking 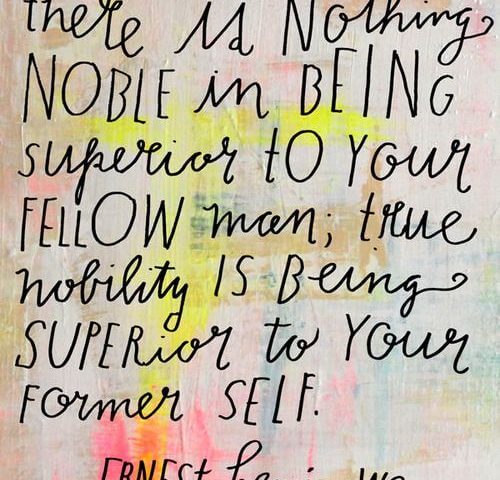 As you read this, I’m probably on my way to the airport. I’m off to Nigeria to celebrate my brother’s wedding! I’m sure pictures will find their way onto social media. I’m super excited 🙂

And after all the work and thought I put into the post on Resolutions, I remembered part of a poem that says what I meant so much more beautifully than I am able:

Utah is on track to end homelessness by 2015. Amazing.

Love this so much.

This year, this season I am even more growing into the understanding that the whole thing isn’t about me or my experience or you or your experience. It is a symbiotic relationship between belief in something you know might not be tangibly real and the magic realness that is this breath. This.

This explanation of why people are so upset about Paul Walker’s death really resonated with me. I still remember coming downstairs on one of the first days of 7th grade and having my dad tell me that “the big news this morning is that Princess Diana was killed in a car crash.” This was my first experience getting upset by the death of a celebrity, but that emotion was surprisingly eclipsed several years later when Aaliyah, who comparatively I knew little about, died in a plane crash.

When a celebrity passes, the loss is personal — not because we knew the celebrity, but because they were with us as we grew up and as we had our own special moments.

33 Unusual Tips to Being a Better Writer. Yes.

I had never considered selfies as a feminist statement (or really as any kind of statement), and now I just can’t get enough.

There was a time I thought that selfies were obnoxious and that the people who over used them were narcasisstic and ridiculous. Upon further examination, I realized that I was projecting my stuff unto others. My struggle to accept myself was clouding my vision therefore, when I saw others who were unabashed and deliberate with their self-love and acceptance it made me uncomfortable. The fact that people who are maligned, marginalized, and strategically erased find the courage to make the deliberate choice of seeing themselves as beautiful, is both astonishing and miraculous.

61 quotes that will make you feel beautiful.

Flavors of writer’s block, and mantras to get you through. “Everything has been said before, but since nobody listens, we have to keep going back and beginning all over again.” –Andre Gide

When we are doing our best—at anything—this is what we are doing. Authenticity is stark and simple and unfettered, and it probably doesn’t need a lot of self-promotion. Because authenticity is magnetic. It makes everyone lean in closer.

Love this destuckifying technique from Havi: Clues in the Pattern.

Find clues. Decide we are going to find clues. In our work/projects, and also in the things we do to avoid them, and also in whatever we happen to be doing, because clues are everywhere. That is one of the great joys of having a brain. Brains like to find connections. Connections are clues.