What’s Going On With Me Right Now – Projections

The Practice of Eating 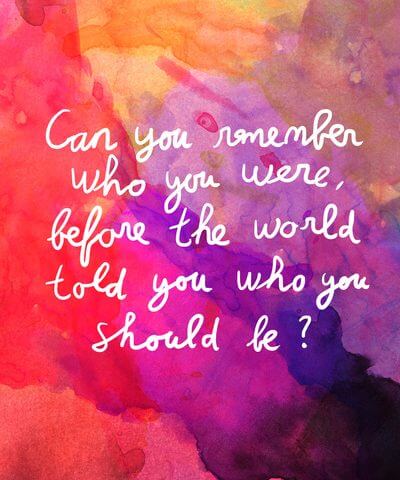 Hope you’ve had a great week! And I hope you LOOOOOOOVE my new website! A thousand million sparklepoints to Jo and Lisa for doing an incredible job with me!!!

Guys, I’m so psyched for this TV series. It makes me want to purchase a television. More than likely, however, I’ll just get together with my sister-in-law and current #ScandalSunday buddy to add a new show to our lineup. If you haven’t already, read the books. You won’t regret it.

An adorable effort by parents to assist their kids in make-believe. “Why do we do this? Because in the age of iPads and Netflix, we don’t want our kids to lose their sense of wonder and imagination. In a time when the answers to all the world’s questions are a web-search away, we want our kids to experience a little mystery. All it takes is some time and energy, creativity, and a few plastic dinosaurs.”

I really love it when Havi writes, because she comes at Stuff I Feel in a way that somehow doesn’t trigger my walls. Here is a piece about When Wanting Is Hard, which is very accurate about some things. “Desire is about identity and change. All kinds of Stuff hiding out in there.”

And another. What’s More Astonishing?

That pretty much everything in my life fell apart over the last two years, and I am actually suddenly, much to my surprise, kind of okay with all that. Kind of happy about it, even.

Or let’s say that differently:

I am discovering an astonishingly thankful heart. Along with the me who trusts that all timing is right timing.

Reddit just keeps delivering the perfect thread every week. This week: the gif that reduces you to hysterical laughter every single time.

And a reminder that the world isn’t divided into Good People and Death Eaters. Similarly, chemicals aren’t divided into life-giving building blocks and poison, although it’s still a good idea to educate yourself about what’s in the stuff you eat.

Bromine isn’t just used to keep carpets from catching on fire – bromine is a hideously toxic substance that will scar you with permanent chemical burns and whose vapors will destroy your lungs. Drinking bromine is not just a bad idea; drinking bromine is guaranteed agonizing death. There, see what a little knowledge will do for you?

But you know something? You can say the same thing for chlorine. After all, it’s right next to bromine in the same column of the periodic table. And its use in World War I as a battlefield gas should be testimony enough. (They tried bromine, too, never fear). But chlorine is also the major part, by weight, of table salt. So which is it? Toxic death gas or universal table seasoning?

And, in other news, I found the photographer for my future wedding and engagement. In fact, maybe I’ll just skip the engagement and have him do portraits of me. [via Susannah Conway]