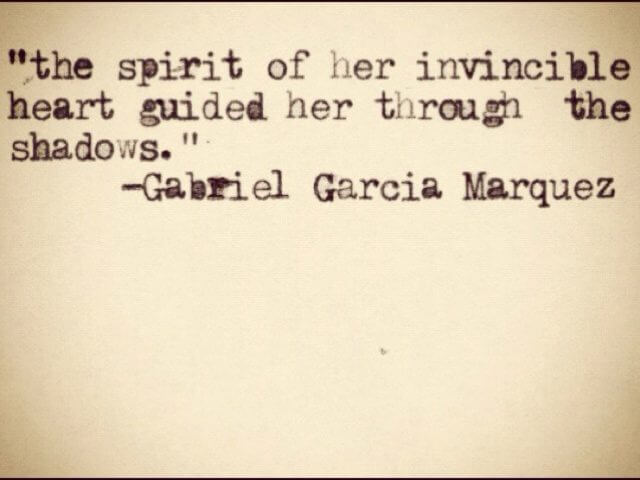 An interesting perspective on how Hollywood is trying to exploit Kickstarter. To play devil’s advocate, here’s an interview I read a while ago about Seth Godin using Kickstarter to fund his book. He pretty much used Kickstarter as a way to prove to publishers that there was a market for his books.

I was going to post a link to Havi’s love story about red lights, but she wrote a follow-up conversation and I might love it even more. “If it happens, there was time for it. If it didn’t happen and it’s important, time will be found for it eventually.”

My father spent his years fighting his size, wishing he was smaller, weaker, less of a giant. He was taught to hate his body, and he was ashamed of the amount of space he took up. But he passed his strength to me, and I won’t squander my inheritance. I will not let myself be diminished.

I am my father’s daughter. I too am a giant, built of strength and flesh. And I am strong enough to carry myself and others, even when they can’t carry themselves.

A very beautiful poem. [via Yes and Yes]

A letter from a dad to his daughter

Little One, it is not, has never been, and never will be your job to ‘keep him interested.’

Little One, your only task is to know deeply in your soul — in that unshakeable place that isn’t rattled by rejection and loss and ego — that you are worthy of interest.

“Perhaps it was because I lacked the emotional depth necessary to panic, or maybe my predicament didn’t feel dramatic enough to make me suspicious, but I somehow managed to convince myself that everything was still under my control right up until I noticed myself wishing that nothing loved me so I wouldn’t feel obligated to keep existing.” A very powerful post on depression from Hyperbole and a Half